History of Chikankari Embroidery from India

Though Chikankari is now associated with Lucknow, and for that matter, Lucknow with Chikankari, it became popular with the Mughals and may have originated in Bengal. There are several legends describing its association with Lucknow, all charming.  The most likely is derived from the white on white embroidery of Persia and traveled to India with the Persian nobles who worked at the Mughal court. Nur Jahan was the daughter of one such noble, herself an accomplished and tasteful embroiderer. It is most likely that she popularised the craft, mainly because she lived in Bengal as part of her personal history and must have become acquainted with muslin too.   The name Chikankari interestingly has a Persian origin, where it means ‘needle’ as a metaphor. 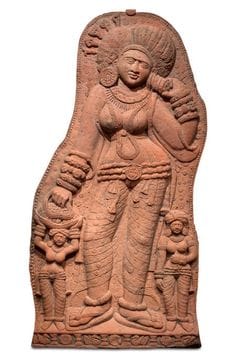 Statue excavated at Chandraketugarh, opined to be wearing muslin with a floral motif

Some scholars opine that the craft was present in India from 400. BC, and cite a terracotta statue of a woman excavated at Chandraketugarh. The woman is dressed in muslin with a floral motif, very similar to Chikankari, as are frescoes in Ajanta.

Be that as it may, we can accept that Nur Jahan popularised this craft in the Mughal court. As the Mughal dynasty waned in the late 18th century, Lucknow became a center of culture and aesthetics, with its Nawabs giving patronage to the arts and crafts.  Karkhanas were set up for zardozi and aari and, in due course, for Chikankari.

Process and motifs of Chikankari Embroidery

The process of chikankari includes the following steps

-The design is hand-drawn on paper.

-Blocks are made based on these designs.

-These blocks are used to transfer the design onto the fabric, half-stitched at this stage.

– The panels are given out for embroidery. Nowadays, it is mainly to women, though traditionally, Chikankari was a male craft. There is a whole gender dialogue around this, with the accepted wisdom- men did better quality work, something not true.  Very often, pieces are embellished with badla, mukaish, or kamdani.

– Finally, the panels are assembled into the final garment, washed, and finished.

Motifs that are Traditionally used in Chikankari Embroidery

Interestingly, the motifs in Chikankari have a uniquely Lucknow flavor, though they are derived from flora, similar to Mughal motifs. Mughal motifs tend to be single flowers or plants, whereas Chikankari is much busier.  Common motifs are trailing vines, the paan or heart shape, the keiri or Paisley. I find the fish motif the most intriguing, as it has a connection with the royal insignia of the Awadh Nawabs, which was a pair of fish. An interesting motif is the daraz, which is used to finish seams, especially the machli ka daraz, a fish pattern unique to Chikankari vocabulary. 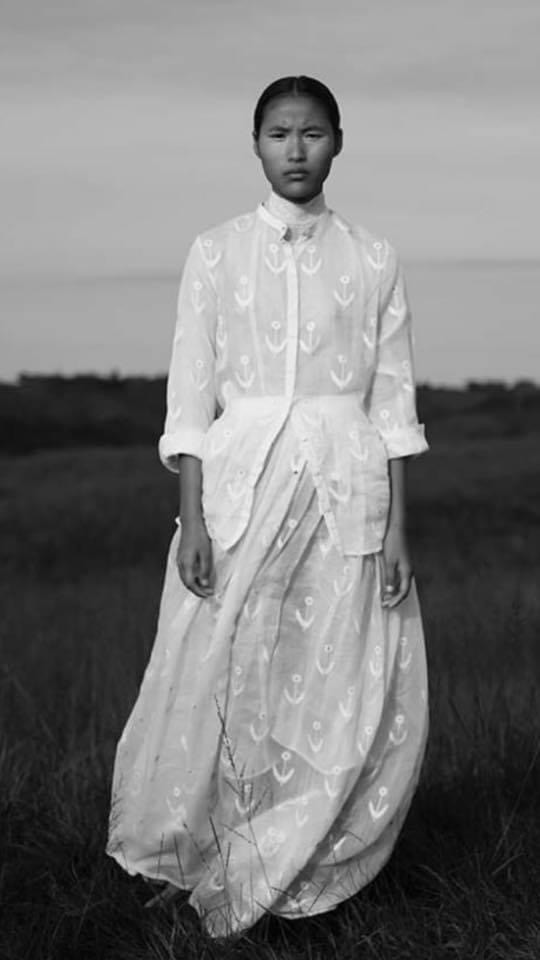 A classic white on white by Raw Mango

Chikankari has traditionally been associated with white on white, especially with Bengal’s fine muslins. Nowadays, many commercial Chikankari uses colored threads, and embroidery can appear on georgette, silk, polyester, and other fabrics. The purist, which includes me, still favors white on white, on pure fine muslin.

The number of stitches in Chikankari and the controversy around them are fascinating aspects of the craft. Paola Manfredi, who has written a seminal book on Chikankari, has attempted to create a sampler, but she too concedes that there may be many more, perhaps as many as 75. There is no consensus on this, so it is better to mention the important ones.  For simplicity, there are three broad categories, flat, raised, and jali work.

Phanda consists of tiny round knots and is most characteristic of the craft.

Taipchi is considered the simplest and consists of a simple darn stitch.

Bakhia is an inverted satin stitch and is considered the actual flat chikan work.

Murri is a minute satin stitch, something like a French knot.

Jali is a drawn stitch and is subdivided into several types.

Khatao is an appliqué, where small pieces of the same material are appliquéd onto the base, using the taipchi stitch.

Though Chikankari has not faltered as many other crafts of India, it stands at a crossroad of sorts. Much work coming out of Lucknow is shoddy, crude, and commercial and the women executing it are very poorly paid.  Organizations such as SEWA and designers like Mamta Verma, Tarun Tahiliani, Raw Mango, and Jani/Khosla have made laudable attempts to produce high-quality embroideries.  It is vitally important that we support such enterprise so that this most ethereal of crafts does not go the way of the other lost skills. 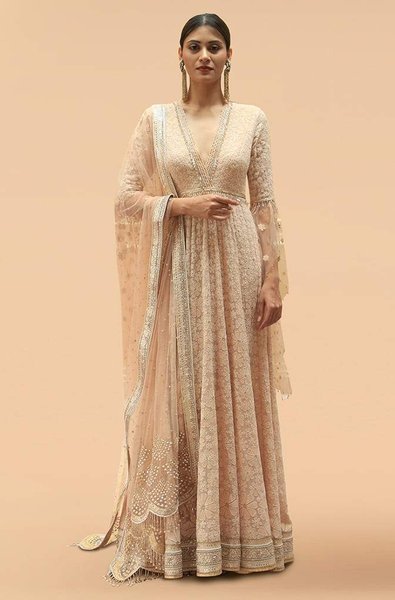 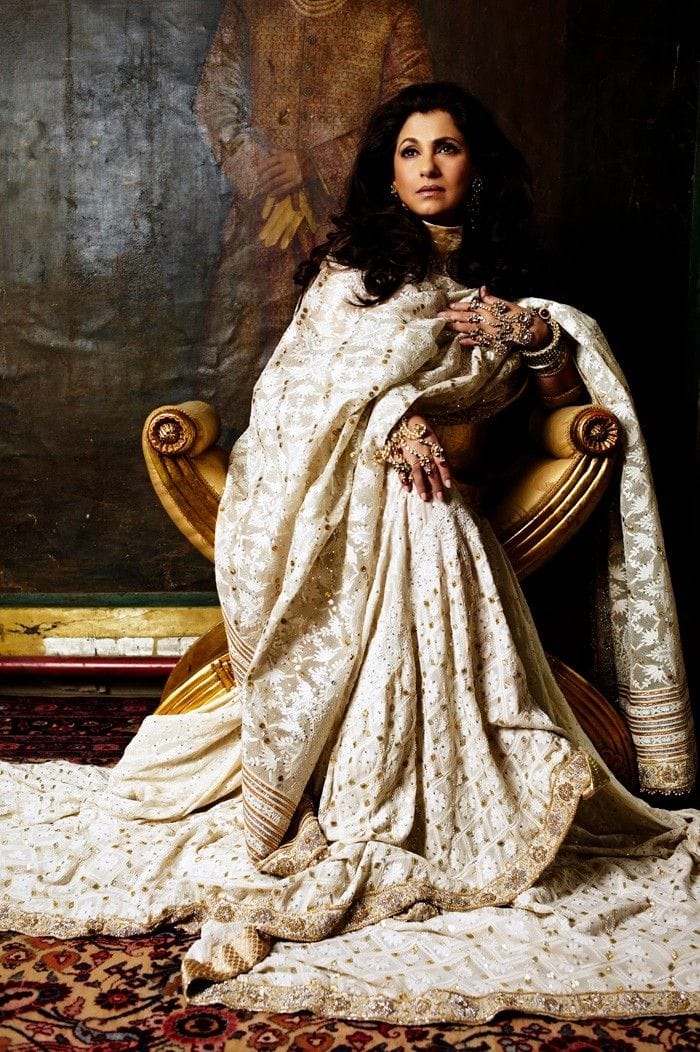 READ MORE FROM THE EMBROIDERY SERIES

KASHIDAKARI – THE GORGEOUS EMBROIDERIES OF KASHMIR

KANTHA EMBROIDERY BORN OUT OF RECYCLING AND UPCYCLING TRADITIONS

PHULKARI EMBROIDERY OF THE WOMEN OF PUNJAB