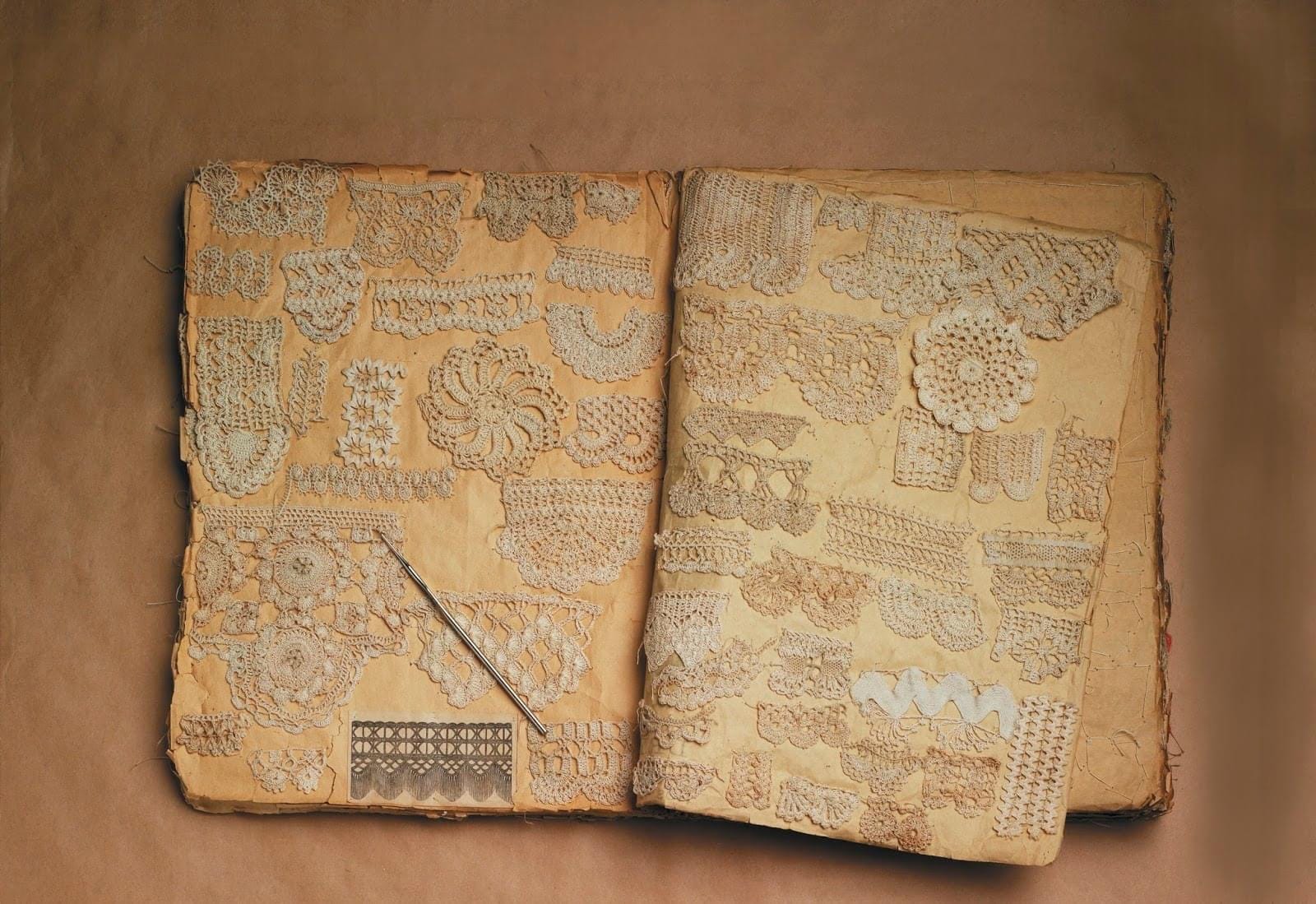 Crochet: My grandmother had a straw box that contained mostly white hanks of thread and red beads. She would take this box out when she wasn’t busy, and magically little doilies with a bead edging would emerge from her fingers. These doilies were used to cover jugs of water and glasses.  I didn’t know it then, but she was crocheting these. Her creations are lost now, but I saw similar ones in a tiny shop in the mountains and immediately bought a few. 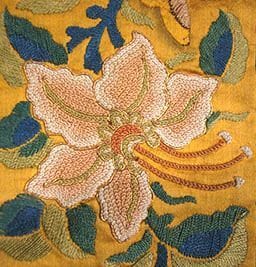 As the word suggests, crochet comes from the French word for hook: croche,  but crochet doesn’t have a French origin. No one quite knows the origin, but it likely developed from Chinese needlework known as tambour later in Europe. In tambouring, a hook is used on taut fabric to form a chain stitch.  It seems likely that around the 18th century, the fabric was discarded, and the hook and stitch remained to create what was called ‘crochet in the air.’  The technique then spread all over Europe, aided by the pattern books that began appearing at the time.

In a strange twist of history, the potato famine of Ireland in 1845-1850 helped the local crochet industry come into its own. Crochet cooperatives were set up to train men, women, and children in the craft.  The beleaguered population of Ireland worked tirelessly, very often at night, to create cuffs and collars, which, when marketed abroad, brought in enough money for many to survive the famine. Millions migrated to the USA, carrying their crochet skills with them.  American women added this to their repertoire of craft skills.

MACRAME, A KNOTTING TECHNIQUE WITH A LONG HISTORY AND GREAT APPEAL

STORY OF SMOCKING, AN EMBROIDERY TECHNIQUE TO GATHER FABRIC TO CREATE STRETCH

In 2019 the Marasim team found excellently skilled Irish crochet artisans in the village of Narsapur in India. We create masterpieces with them using thin glazed cotton threads for intricate Irish crochet art. Their previous generations were trained in the art by the Irish missionaries in India.

Crochet in the 20th century

It was very trendy in the 1930s to make entire garments from crochet, and the war years saw it flourish as part of the war effort. Because of scarcity, crochet was a good way of dressing up worn outfits.

The 1960s saw a colossal crochet trend, especially the granny square, which could be turned into apparel and accessories.  In fact, crochet in this era turned into a form of self-expression, something that persists even now.

The primary crochet tool is a hook that could be aluminum, steel, or plastic in various sizes. Historically, hooks could be metal, fishbone, brass, MOP, ivory, and many others. Materials as diverse as wool, hemp, plastic, sisal, grasses, metal thread have been used for crocheting, though of course, cotton, wool, and silk are the commonest.

Most crochet stitches involve pulling yarn through an active loop.   There are six main stitches, though advanced stitches exist as a combination of the six basic ones.

Textures and shapes are achieved by dropping and adding stitches, changing tension, and wrapping yarn around the hook.  The craft can be used to make anything literally, from trimmings of ceremonial costumes, mats and doilies,  purses, caps, jewelry, rugs, tea cozies, cushions, and so on.

The founding of bodies like the Crochet Guild of America and magazines such as Interweave Crochet has done much to keep the craft popular.  It frequently appears in couture collections and accessories and continues to make an appearance in popular culture. I love the 2005 yarn bombing phenomenon,  which began in Texas with the knitter Magda Sayeg.  She began covering public objects with crochet, and the practice has now spread worldwide. Crochet in the hands of artists has resulted too in jaw-dropping creations,  many making a solid comment on ecology and culture.

I have a personal connection with crochet, a cherished part of my career as a promoter and curator of craft.  Some years ago, I heard of clusters of Afghan women refugees in Delhi’s Lajpat Nagar neighborhood doing beautiful crochet and lacework.  I got in touch with the NGO that was organizing this and was deeply touched by the quality of the merchandise.  As by the stories of great courage and fortitude.  I subsequently did my best to ensure that their creations reached the right stores.  Poignant given what has just happened in Afghanistan.

And that’s the thing about craft. It’s not just something we do with our hands, but in the hands of the Afghan women, the Irish potato famine survivors, and so many others,  it becomes life-affirming—a badge of courage and survival.