Art Nouveau : As a young girl, I remember attending a book fair in Delhi and spotting a book with black and white illustrations. Curling and sinuous, at once decorative yet a little naughty, these were by the famous Art Nouveau illustrator Aubrey Beardsley. I’ve been hooked to this movement ever since, from the architecture of Gaudi, the jewelry of Tiffany, and of course the art of Beardsley and Alphonse Mucha.

END_OF_DOCUMENT_TOKEN_TO_BE_REPLACED

Punk : The idea of perfection and details in designs are an intrinsic part of cultural crafts. This refined look of crafts has always fascinated me until the current prolonged situation with the pandemic made me realize why isn’t design in crafts used for ‘activism’ or ‘rebellion’ or a cry for help for the change of current systems. I was inspired to think more in this direction after I recently revisited the Met’s spring 2013 Costume Institute exhibition, PUNK: Chaos to Couture, which examined Punk’s impact on high fashion from the movement’s birth in the early 1970s. In this article, let us learn more about this exhibition and PUNK! END_OF_DOCUMENT_TOKEN_TO_BE_REPLACED

Indo-French Art : The historical connection between India and France goes back to the late 17th and 18th centuries when French ships arrived to set up trading centers in Pondicherry, the then Masulipatnam, and Surat, amongst others. Of course, the French were never as prominent in India as the English, finally losing the race to colonize India after the Battle of Plassey in 1757.  The politics of the time also meant that early European painters in India were all or mostly British, establishing what came to be known as the Company School, a painting style combining English and Indian art styles.  In India, early art schools in the then Bombay and Calcutta were also established by the British and taught art based on European classicism.

END_OF_DOCUMENT_TOKEN_TO_BE_REPLACED 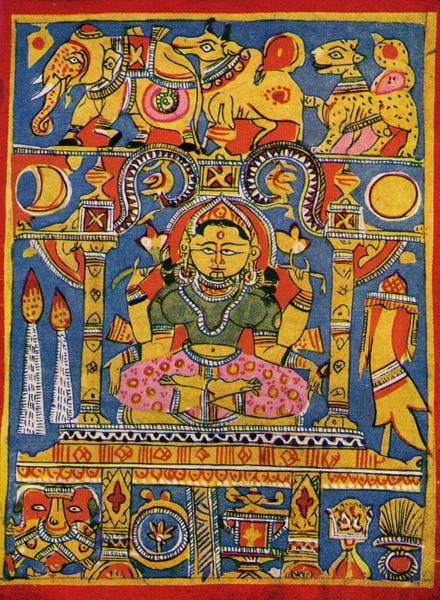