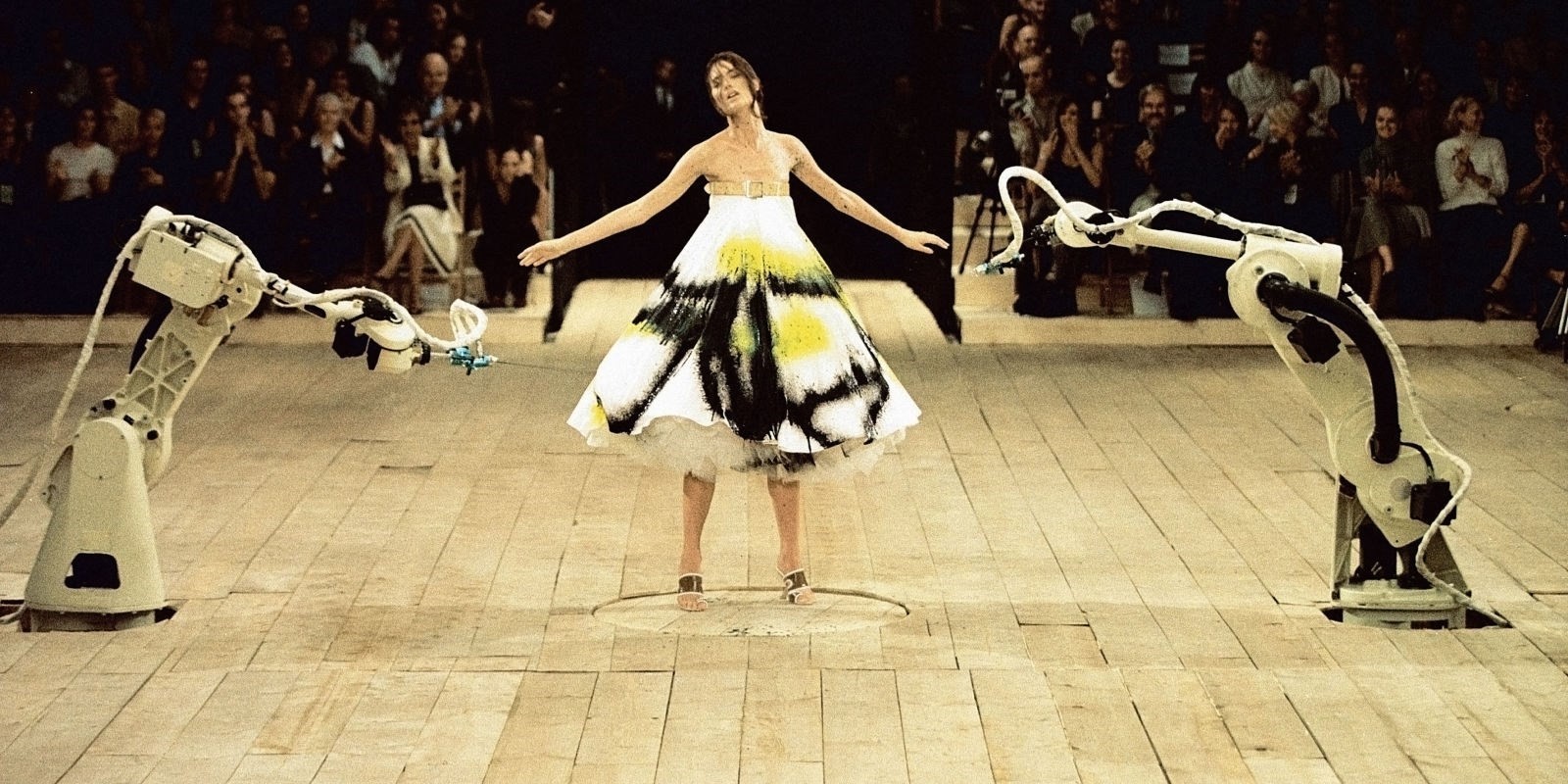 Punk : The idea of perfection and details in designs are an intrinsic part of cultural crafts. This refined look of crafts has always fascinated me until the current prolonged situation with the pandemic made me realize why isn’t design in crafts used for ‘activism’ or ‘rebellion’ or a cry for help for the change of current systems. I was inspired to think more in this direction after I recently revisited the Met’s spring 2013 Costume Institute exhibition, PUNK: Chaos to Couture, which examined Punk’s impact on high fashion from the movement’s birth in the early 1970s. In this article, let us learn more about this exhibition and PUNK!

This exhibition looked at ‘punk’ as an aesthetic. It is an irony of sorts that Punk, an anticultural movement that smashed conventions, prized individuality, and empowered individuals to rebel against the cultural mainstream, had a more significant or more enduring influence on high fashion. I call it an irony as the engine of high fashion drives itself on the precise application of cultures and craftsmanship; however, Punk as an anticulture aesthetic and attitude inspired and changed the thinking and ways of high fashion. How exciting! Let us learn how.

What is the Philosophy of Punk

Punks lived in the present. They believed in “No Future.” The philosophy revolved around no prospect, no expectation, no promises, No Future! This Nihilism was intrinsic to their belief, as seen in their unapologetic appearances. There was a desire to stay rebellious and young forever ( No future). They dressed up in fragments of school uniforms, wore tattered clothes held together with safety pins, threw tantrums, and behaved carefreely.

What is the Origin of Punk

Punk originated in New York around 1974 or in London around 1975. In NY, the center of the punk scene was two-night clubs. In London, the center was the boutique called Seditionaries (Previously called S.E.X.), located at 430 King’s Road in Chelsea. The founders of this boutique were Malcolm Mclaren and Vivienne Westwood. Malcolm Mclaren and Vivienne Westwood played a considerable role in making ‘punk’ a movement, a genre that repeatedly inspired many high fashion designers.

How the punk look and philosophy inspired High Fashion

Clothes for Heroes is the slogan under which Malcolm Mclaren and Vivienne Westwood marketed their clothing designed and sold at their boutique on 430 Kings Road. Their clothing was everything but polite alluding to rebellious sexual or political connotations. The high fashion designers derived inspirations from these extreme but very original adornment ideas that Punk offered and used them in couture in their sweet way.

A dress from Alexander McQueen 2008-2009 collection told a story of a girl who lives in a tree and descends from the darkness of its tangled branches to meet her prince and become a queen. The dress showcased imagery inspired by Mclaren and Westwood’s famous T-shirt designs – ‘Anarchy in the UK.’ and ‘God Save the Queen’ that emphasized state domination in the UK. These T-shirts were initially designed to promote the singles from the band ‘Sex pistols.’

Almost all genius couturiers of the time listened to the rebellious punk voices. Designers like Junya Watanbe’s co-option of tartans, mohairs, etc., show his references to punk aesthetics. Likewise, Jonh Galliano followed the punk aesthetic with almost fanatical enthusiasm. In his collections for Christain Dior, he repeatedly tried to reinterpret and recontextualize McLaren and Westwood’s visual symbols of Punk. The parachute shirts, bondage pants, and T-shirts with elongated sleeves were his unambiguous interpretation of punk aesthetics.

Do it Yourself,’ the Punk fashion statement and its impact on Haute Couture.

The punk aesthetics were based on a fierce spirit of originality that led to a spirit of customization and ‘Do it Yourself’ for the punks. The ethos of D.I.Y. is the most enduring legacy of Punk. It had a significant impact on haute couture that continues to date. Punk defined four expressions of D.I.Y. styles. As follows:- “Hardware, ” “Bricolage, ” “Graffiti and Agitprop, ” and “Destroy, “ 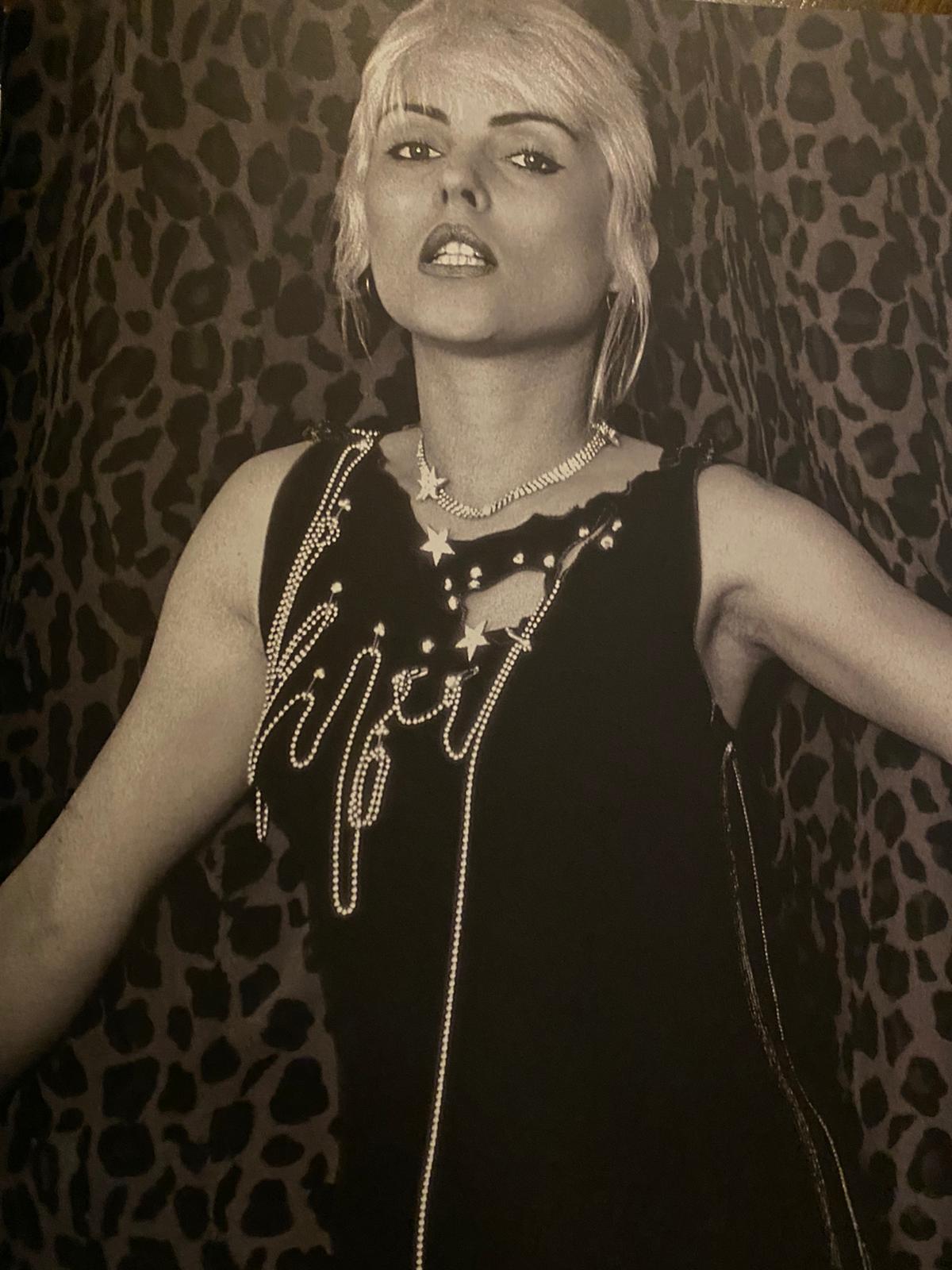 The designer Zandra Rhodes in her 1977 collection “Conceptual Chic,” used the punk hardware. 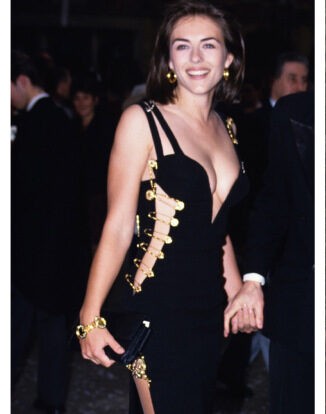 Although haute couture and Punk could be thought of as the two extreme ends of one rope, one relies on high culture and highly specialized techniques while the other on no culture and D.I.Y techniques. However, philosophically, they rely on the same impulses of originality and individuality, making them two sides of the same coin. As can be seen in the way punk D.I.Y hardware inspired designers like Thom Browne, Karl Lagerfield, Jean-Paul Gaultier, Riccardo Tisci, Azzedine Alaia, etc. As shown in the images below, the conventional couture accouterments like beads or feathers were replaced with sadistic and unusual punk trappings creating real one of kind couture.

D.I.Y Bricolage refers to construction or creation from a diverse range of available things. The most notable Punk D.I.Y Bricolage being the black plastic bags that became a perfect item of clothing and voice against the political zeitgeist. The wannabe punks would cut a hole for their arms and head, put a belt on, and look stunning.

Many haute couture designers used the D.I.Y Bricolage expression to express their position on the excesses in fashion by draping garbage bags and plastics elegantly around the model in a way, saying that fashion is quite literally trash.

In my opinion, the most iconic look is Galliano’s ruched bubbled plastic bag gown for Christain Dior that was made for the cover of the September issue of American Vogue, promoting the release of the film Marie Antoinette starring Kirsten Dunst.

Another exciting example of D.I.Y Bricolage in haute couture is the application of newspaper print, sieves, cheese graters, tea strainers, and other objects by Galliano in his summer 2000 show for Dior.

remind of the most famous and dramatic show of Alexander McQueen in 1999, which explored the relationship between the nineteenth-century Arts and Crafts movement. At the end of the show, the model Shalom Harlow appears on the stage on a turntable. She was surrounded by a fiat car that held the industrial paint spray machines that sprayed colors on her white dress and live painted it. This rebellious chaotic punk spontaneity and energy enthralled the audience.

Punk Graffiti or activist T-shirts were the best gift to the fashion world. The designers still use the medium of captioned T-shirts to voice their opinion.

D.I.Y Destroy represented decay and poverty expressed through rips, slashes, and tears in the clothes. In a way, in the UK, the destroy expression was also a satire on the country’s political and economic situation. Designers like Karl Lagerfield, who were the masters of high handcrafts, took the ripped look of the punk, signifying poverty, to the bylanes of luxury and high fashion.

The garments gave a look of carrying rips and holes, whereas, in reality, these holes were embroidered with high precision so that the garment won’t fray. There was symmetry in the placement of the rips—a great example of how designers can use unexpected inspirations to break barriers.