Cross-Stitch – The inspiration for this article came from our cross-stitch expert Shobha, who joined as our first full-time cross-stitch artisan in June 2021. Shobha has been practicing this craft for the past 17 years. When she was in her twenties, she joined the training group led by father, Colombus, and has never looked back. The crafts were introduced to her village by father Colombus almost 70 years before. Father Columbus visited India through a missionary and trained women in more than 25 villages. END_OF_DOCUMENT_TOKEN_TO_BE_REPLACED 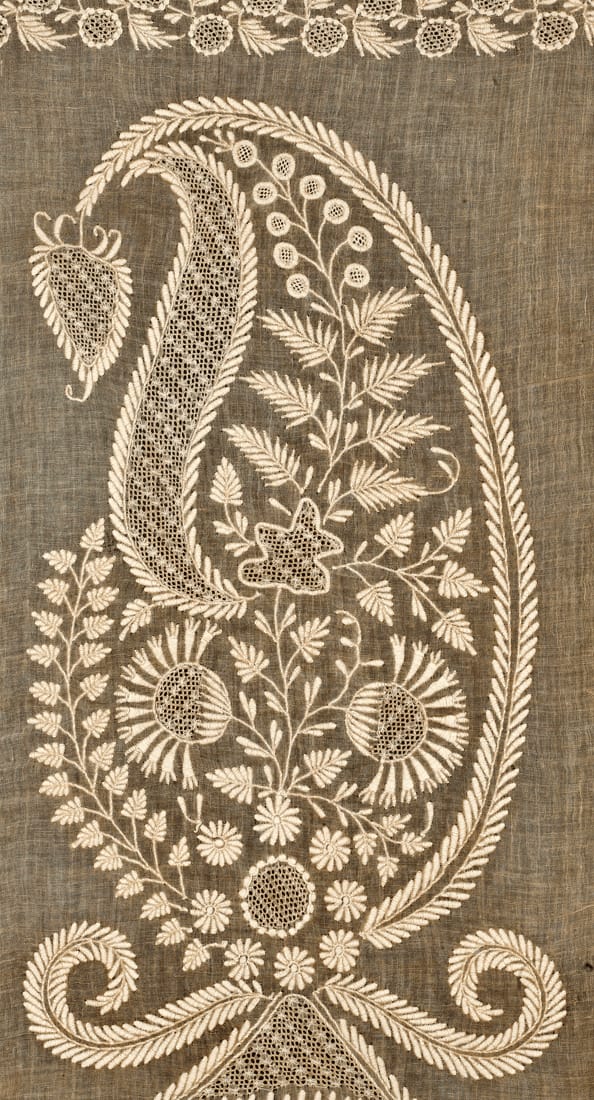 The stitches of  white on white patterns such as paisleys and florals adorn the surface of the fabric . The use of untwisted cotton or silk threads was common. Some stitches start from the front of the fabric, others from the back. There are six basic stitches, which form a large repertoire of stitches as a combination of each other for embossing flowers and leaves.
END_OF_DOCUMENT_TOKEN_TO_BE_REPLACED