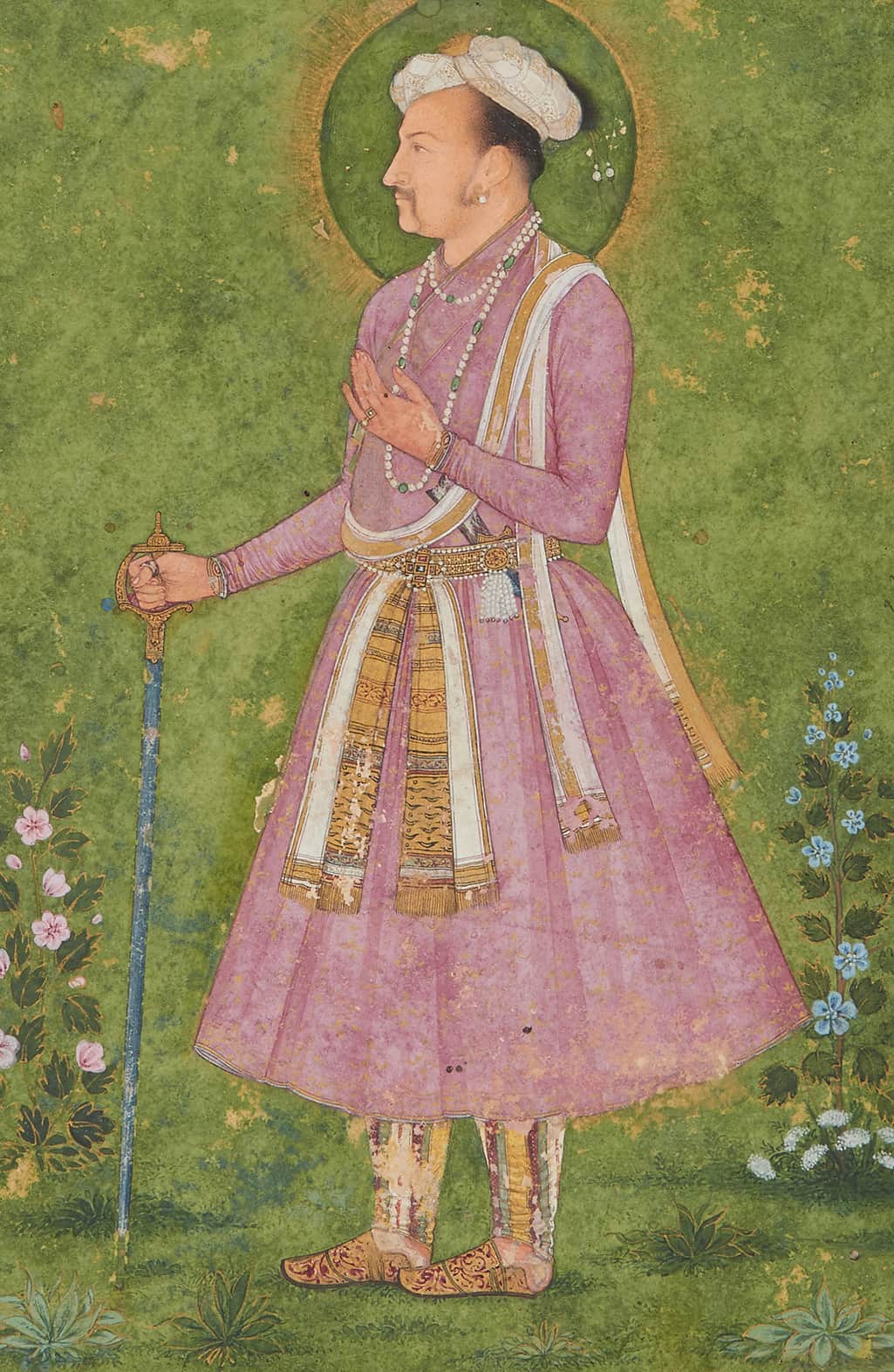 Posted at 22:15h in History by Mira Gupta 0 Comments
0 Likes

Mughal & Dutch: The Mughal dynasty in India, all the way to  Shah Jahan,  was deeply interested in fine art, manuscripts, and art albums.  Starting with Akbar’s reign, ateliers were set up at Mughal courts to produce volumes of art and illustrated manuscripts. Mughal princes prided themselves on their connoisseurship and culture, and this patronage has given us a wealth of miniature art.

The way Mughal ateliers(called kitabkhana) functioned was entirely different from European artists. The kitabkhana had many craftsmen such as pigment makers, painters, calligraphy artists, and papermakers who worked jointly on a particular piece of art, each doing what he excelled at.  This was entirely different from the Netherlands and Europe’s individual practice: more akin to the guilds of the Renaissance period.

Yet in one of the remarkable twists in art history, these two genres borrowed and learned from one another to produce works in their genre but with foreign imagery.

COMING TOGETHER OF MUGHAL & DUTCH IN MUGHAL MINIATURE ART

In 1580, a Jesuit mission was established at Akbar’s court, acquainting the Mughals with Christian iconography.  William Hawkins, the Resident of the English East India Company and subsequently Sir Thomas Roe at Jahangir’s court, provided more visual examples of lay European art, such as landscapes, nudes, and maps.

Gradually Mughal miniature artists adopted aspects of European art to their purpose, creating a new kind of miniature.  Several miniatures exist with biblical themes such as the Nativity, the Crucifixion, and the Madonna with Child.  But the artists were influenced stylistically too, particularly in the following:

MUGHAL HYBRID WORKS IN THE ART OF MUGHAL COURTS

All this gave birth to hybrid works, where European elements such as haloes and putti were shown in an Indian setting, which was quite delightful.  Begun in Akbar’s reign, the movement reached its full flowering under Jahangir and Shah Jahan.  Occasionally instead of painting an original picture, the artist would apply opaque watercolor to a European print. The landscape or the flora/fauna were changed to reflect a more Indian setting.

The Dutch India Company was established in 1602, and soon exotic goods from India from Surat’s port started entering the Netherlands in large numbers. Artists like Rembrandt had possessions such as Indian weapons, costumes, and décor.  They also saw paintings from the Mughal ateliers working under Jehangir and later Shah Jahan, carried back by the Dutch East India Company.

In a remarkable synthesis of global thought, Rembrandt and a few other Dutch artists were so inspired by what they saw that they and Rembrandt, in particular, made versions of these in their style.

Rembrandt’s Mughal inspired paintings are executed on the finest of Asian paper, probably for authenticity reasons.  These 23 works show Akbar, Jehangir, Shah Jahan, and their heirs in completely Mughal compositions, leaving out the Christian iconography that had entered Mughal art by this time.  Rembrandt was fascinated by the exotic and unfamiliar, not what he was aware of already.  He paints Sufi mystics too, and the occasional nobleman. In this series, we get an insight into the opulent world of the Mughals, their jewelry and apparel, through western eyes.  Sadly we know very little about Rembrandt’s original artistic sources. This is to do with Mughal ateliers’ nature, where the individual artist was subservient to the process, and paintings were frequently recycled.

Other Dutch artists produced works inspired by Mughal India. Willem Schellinks has some lovely creations, as does an unknown European artist, with an alabaster portrait of Shah Jahan.

The Getty Museum ran an exhibition a few years ago, juxtaposing Rembrandt’s paintings with the original Mughal ones he was inspired by.  A truly remarkable series.

To me, this exchange between two cultures goes beyond the merely artistic. These were cultural traditions that could not be more different from each other, separated by distance and ways of life, at a time when travel was highly complicated, and there was no quick global dissemination. Yet this exchange happened.  We currently live in a world ostensibly joined by fast travel and social media, yet we live in an increasingly divisive world.