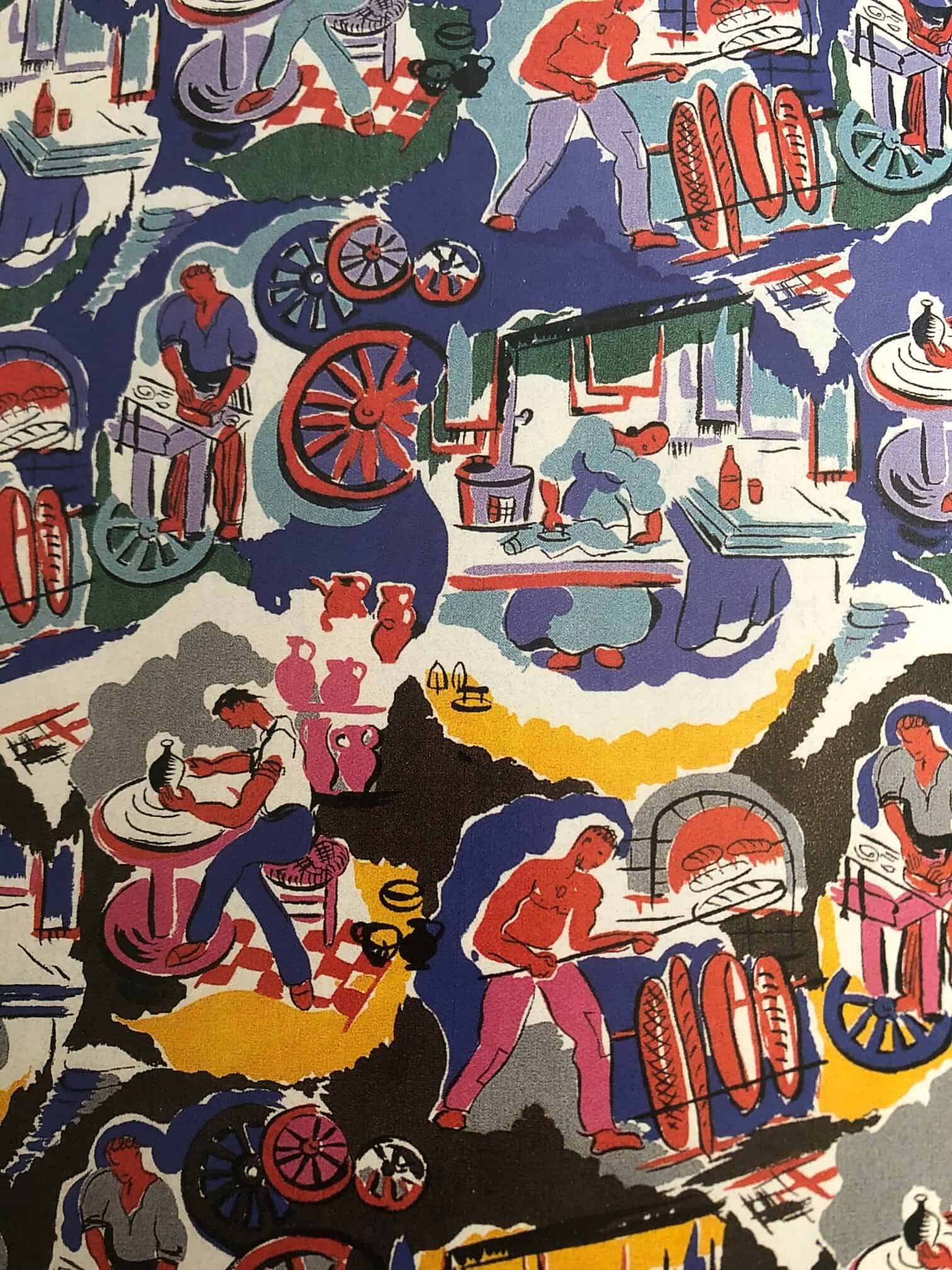 The French Art Deco textile movement has been one of the most modern, artistic, and inventive textiles genres.  So painterly was it that Raoul Dufy said about it, “Paintings have spilled out from their frames on to our clothes and our walls.”

To understand Art Deco textiles, we must look at the movement and its background as a whole.  The early 20th century was a period of intense intellectual adventure and rebellion, reflected in the arts.  Cubism and Fauvism both flourished at this time.  Designers experimented across genres: painters designed fabrics, and architects worked with furniture.

The period 1910 to 1940 (which saw the height of Art Deco) saw the following key developments in textiles:

Art schools such as the Ecole des Arts Appliqués in Paris opened both in Paris and smaller cities, producing a new generation of designers.

Industrial advances such as chemical dyes, mechanized weaving, and the invention of artificial fibers helped the textile industry work efficiently and quickly.  As prices fell, designed textiles became available to a broader audience, both for apparel and home.  The fashion industry of France took hold and gave the business to textile designers.

All the above was the background in which Art Deco textiles started and flourished until this movement died in the 1940s. I’ll now look at the movement chronologically, as it went through several fundamental changes.

The primary trend for this early period was the unrestrained use of color.  Gone were the muted colors, dull pastels, and blues, replaced with bright yellow and orange tones.  It was reflected in the paintings of the period, too, such as those by Matisse. 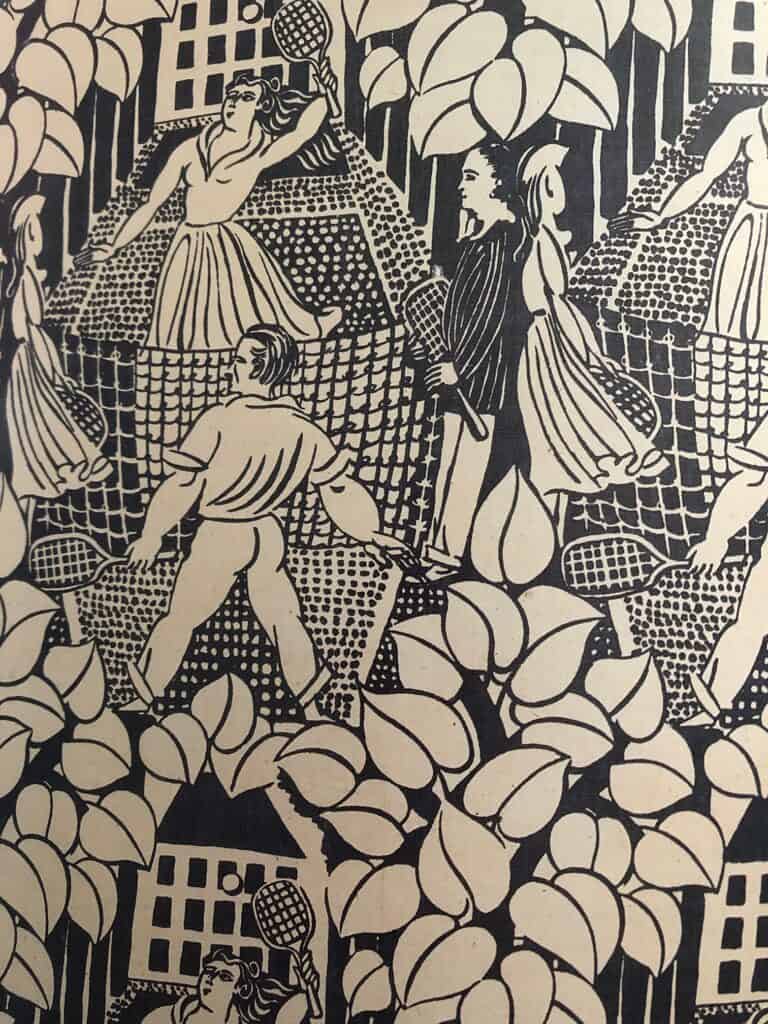 Floral patterns have always been prominent in textile design, but never as much as this period of the  Art Deco when virtually all design used stylized and curved floral motifs.

Robert Bonfils seems to be fascinated with exotic fauna, designing delightful motifs around this theme.

Sonia Delaunay was a prominent designer, and her designs contained squares and rectangles in blocks of color. As the Depression set in, the geometric movement became more popular, as it was cheaper to produce than the florals. 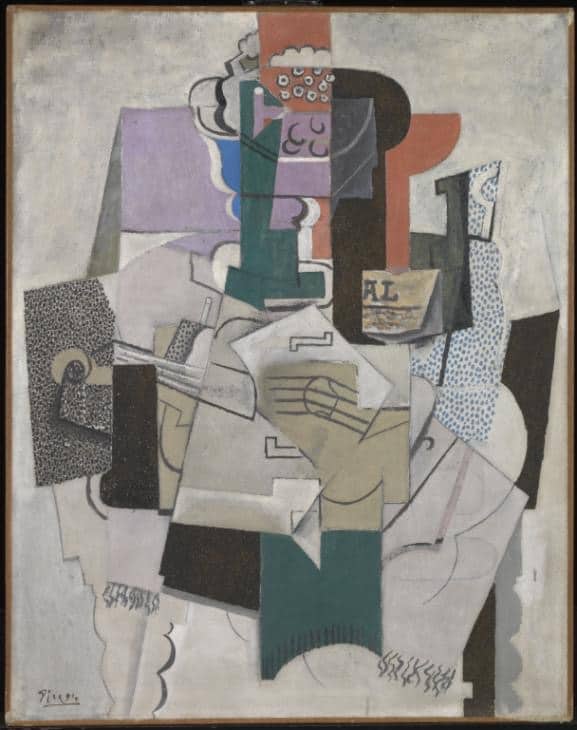 As the movement progressed, fatigue was bound to set in with the overweening floral themes, leading to a more geometric phase.

As Cubism started taking over from Fauvism as an art movement, there was increased interest in design abstractions.  Bauhaus and Functionalism were both anti-ornamentation and were backed mostly by architects who believed in geometry rather than flowers.

Textiles showing current events, such as the advances in aviation and car technology, came after the idyllic scenes of the floral movement.  While floral motifs did survive, they were interpreted in a new way, showing exotic fruits and birds.

As the Depression intensified, people turned away from the novel and edgy in design to take comfort in the traditional and classical.  Geometrical designs now seemed out of date, and attention turned to nostalgia and figurative motifs.

Fabric designs became far simpler, both in line and color. The muted mood of the Depression affected color choice: the exuberant use of brights was replaced by ivory and beige.

It was clear that Art Deco was waning as a movement, replaced by the baroque and mannerist. Besides, textiles were beginning to take second place to ceramics and lost the importance they had held as an art form in previous decades.

Sonia Delaunay and Helene Henry persevered in their design work, keeping some interest in textiles alive.

By 1943, new designers like Madeleine Lagrange showed a completely new design language: a far more international and gritty one than the floral/geometric one of Art Deco.  The movement was over.  But while it flourished, it had done something remarkable.  It had brought design out from studios and the homes of the rich into the public domain.  And therefore, it made design democratic, something from which we continue to benefit.