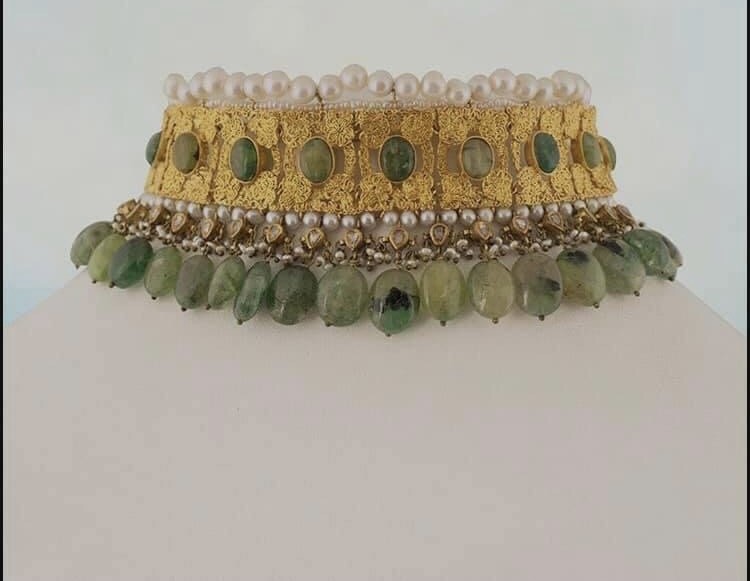 18 Jun Filigree the Lace in Jewelry

Filigree: In the miraculous world and history of jewelry, there is one technique done in precious metal, but visually exactly like lace.  And that is filigree.  As the etymology of the word suggests (filum =thread, granum=grain), filigree involves twisting and curling precious metal threads into elaborate designs.  But that is a tiny part of the story of how complicated the process is. 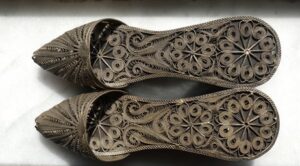 The British Museum houses the earliest extant filigree objects, dating from 2600 BCE, and found in the Royal Tomb of Ur in modern-day Iraq, then Mesopotamia.  Called Telkari, this particular technique is still practiced in the region.  Gradually, filigree as a craft form spread to Greece, Rome, Egypt, and Europe.  As it evolved in the hands of generations of jewelers, each region developed its techniques and traditions.  For instance, Greek artisans combined filigree with granulation, where minuscule rounds of metal are soldered in combination and still popular in the region.

Strong local traditions developed too among the Celts, the Spanish, and the Portuguese.  At this stage, much of the work was centered on religious reliquaries. In an exciting twist, the Spanish carried it to Mexico when they conquered Central America.

Filigree eventually spread to Asia, particularly Iran, China, and India. The Greeks who settled in India likely brought the tradition with them,  as the Indian way is virtually like the Greek one, unchanged even today.  Called Tarkashi, it is practiced in Cuttack, where it was initially encouraged by the Mughals.  A crisp dhoti-clad gentleman from Cuttack came to see me some years ago to show me his collection of Tarkashi jewelry.  Once I was done, he told me that I must also repack it since I had unpacked it all.  Since I love eccentricity, I meekly packed each delicate little piece.  I still remember how delicate and light the jewelry was, with its motifs of flowers, birds, and animals.

Filigree goes through a complicated process of manufacture, which I’ve described below:

Sadly filigree is a dying art in India,  likely because there has been little design intervention and therefore no novelty in a time-consuming, arduous process.  Fortunately, there are designers in the west who are reinterpreting traditional filigree to make fantastic contemporary pieces. Judy Geib from the USA, Daniel Kruger from Germany, Liliana Guerreiro from Portugal are noteworthy for their work.  I wish one could visit India and explore the Cuttack skills to see how those can be better used.  I love the Indian design house Anahata, which has wholly elevated the craft, showing its potential.

Filigree remains popular as a theme in pop culture, influencing embroidery, brocade weaving, tattoos, and face art.  I love the art of Adeela Suleman, who uses filigree to convey her message of the flux in society.  Very appropriate for this art, so fairy-like and evanescent, yet so strong and durable.

THE BEAUTIFUL ART OF ENAMELED JEWELRY

THE GENESIS OF DRAPED APPAREL IN INDIA