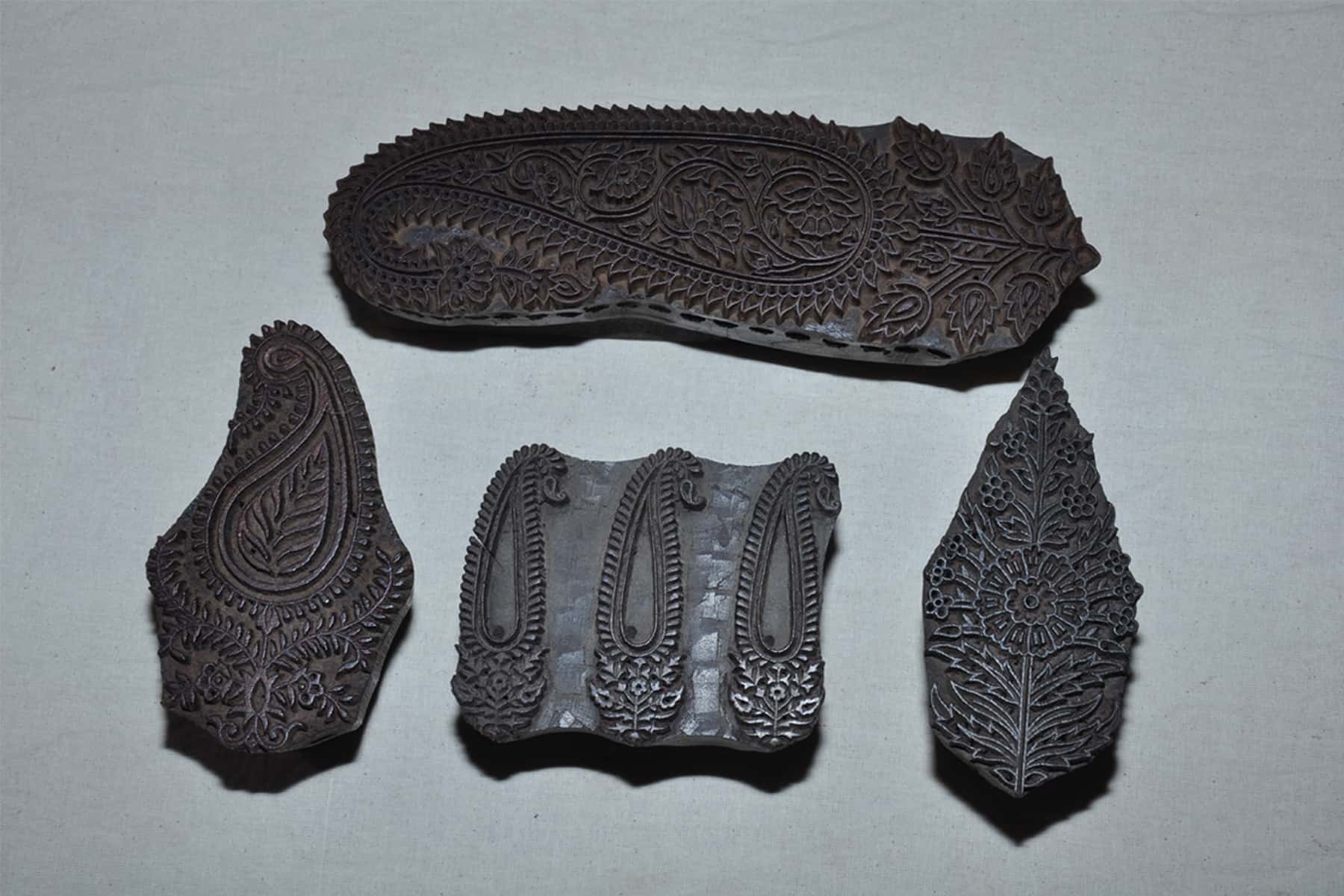 Block printed fabrics aren’t as ornate as woven fabrics, but they are one of the best textiles for everyday/pret clothing. Over the past decade I have had the opportunity to work with various block printing clusters. From Ajrakhpur to Bagru, Sanganer and Bagh. The artisans from these regions speak of their folklores in their own colors, motifs and designs.

Bagh, which lends its name to the Bagh prints, is a small tribal village/ town of Madhya Pradesh. Legend has it that the village of Bagh, the Bagh River, and the nearby Bagh caves (3rd & 5th century AD, with rich carvings and paintings dedicated to both Hindu and Buddhist deities) got their names from the baghs, or tigers, that inhabited the region.

The village, located on the Dhar-Kukshi road, has a population of about 12,000. The Bagh River flows at a distance of about a kilometer from the Dhar-Kukshi road. Although they originated from a near forgotten small village in the Dhar district of Madhya Pradesh, today Bagh prints have left an imprint on the textile and art world. Originally used only on Indian dresses, today the prints adorn dress materials and bed covers.

Ismail Sulemanji Khatri’s family is unique. All of the adults are National Award winners for craft excellence. They are perhaps the only family in the country to boast of such a distinction. The septuagenarian Sulemanji Khatri gave a new meaning to the rustic block printing craft of Bagh by transforming it into an elegant, much sought after print today. His wife Hajjanni Jetun Bi (also a National Award winner) is an expert in making vegetable dyes and has trained many other women in Bagh printing. Khatri’s five sons and seventeen year old grandson pursue the craft with the same dedication.

In the words of his son, “My father Ismail Suleiman moved to Bagh village in the 1950s and began practicing the craft. He gave a new dimension to block printing. The art had been in practice by 80% of the tribal population at that time. The tribal used inspiration from the caves in Bagh.

In the 1960s, due to the lure of synthetics, many artisans left the craft but my father kept practicing it, slowly he began to redefine its concept, process and look. He has also acquired 200 and 300-year-old blocks based on traditional motifs inspired by the 1,500-year-old paintings found in caves in the region”

It was the time when tribes slowly moved to agriculture and the Chippa community took the baton ahead for the Bagh Prints.

The teak block is smoothed using carpentry tools and the smooth surface is covered with white primer. The design sketched. The craftsman engraves the delicate designs on the block using sharp carpentry tools. He then checks the design by taking a print on paper. Once prepared, the block is immersed in oil for a few days to protect them against warping and insects. This is important since the block will be in contact with water-based dyes and can be vulnerable to warping. thus vulnerable to warping.

Preparation of the Fabric

The raw materials processing, washing takes place in copper tubs followed by drying in the sun. Dry fabric dips in a solution of castor oil and goat droppings. Together, castor oil and goat droppings, react with each other to generate heat and make the fiber absorbent. The cloth passes through this solution, pressed by foot repeatedly to produce froth. It dries and re-soaks in a starch solution of herbal powders and dries agin in the bright Indian Sun. It is necessary to also dry the fabric in the shade to prevent the desired yellow colour from turning too green in the sun.

Printing of the Fabric

A filtered paste made by mixing the dye with dhavda gum and filtering the mixture is poured inside a wooden tray . There are two types of pastes: one is red and the other is black.  The wooden blocks take the dye by pressing against it on the tray. The yellowish cloth from the earlier process spreads the table. The cloth is a canvas for the craftsman, who skillfully prints the intricate designs. The printer starts printing the fabric from the outer portion of the cloth. Then, starts moving towards the inside of the fabric. To avoid overlapping on the corners of the cloth, they put an old cloth or paper on the part, where the printing has already been done. As a final step,  the fabric undergoes washing and drying once again.

Dyeing of the Fabric

For the Bagh print cloth to have its characteristic contrast and finishing, it must pass through another dyeing process. Alizarin and dhavadi flowers are boiled together in a big copper container concealed in a cement structure. The printed cloth is left to boil in this solution for five to six hours. The printed dye contains alum and reacts with alizarin to produce red. At the same time, the dhavadi flower works like bleach on portions printed with harada, creating the white areas.

Finishing of the Fabric

After this process, through which the designs turn red, black and white, the cloth is left to dry.