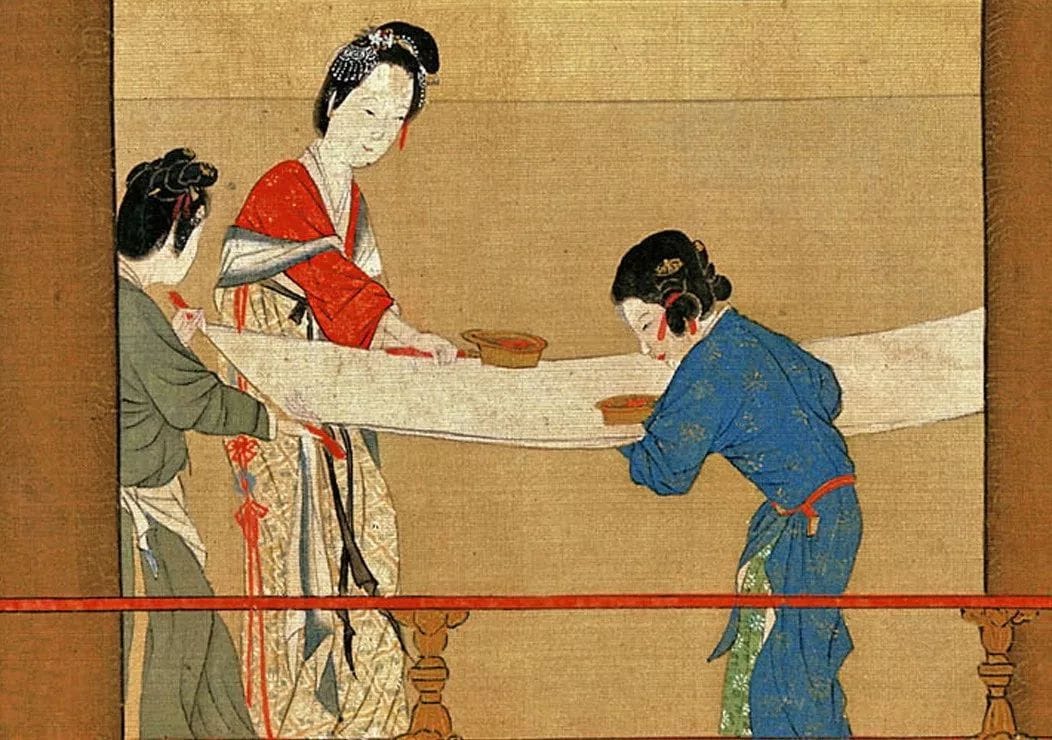 23 Jan About Silk Route, the Primary Goods or Ideas Traded, and Historical Impact

Silk Route: History, as it is taught, has a strong and very narrow bias to the West. Most history concentrates on the rise of Europe, to the cost of ancient civilizations like China, India, and Persia.  Yet, through much of ancient history, civilizations were concentrated around the Black Sea and eastwards.  Harappa had a teeming population, as did Babylon and Mohenjo Daro. And at the center of this great melting pot of culture, religion, and language were the Silk Roads, a bridge between West and East, carrying goods, produce, ideas and disease.

Let’s go back to the beginning of the Silk Route 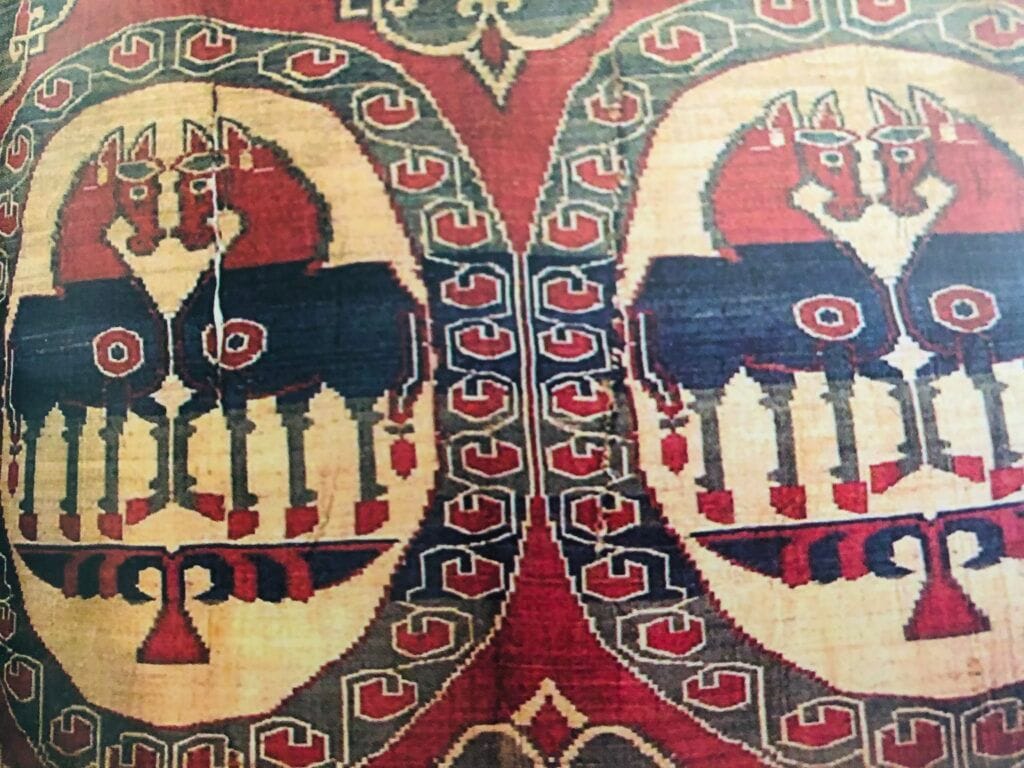 Silk traded in the routes, showing the famous horses of Central Asia.

Though the label “Silk Road” was coined only in 1877 by German geographer Ferdinand von Richthofen,  the routes first came into use in the second century BC: with the Han dynasty of China trade between China and the West began.  The routes were called the Silk Routes because silk was the major Chinese export, though precious stones, spices,  metals, leather, fruits, and vegetables were all traded.

During King Tiberius’ reign, silk was highly coveted by the Romans, to the extent that the merchants unraveled the material and rewove it into thinner silk. The demand for silk drove trade between Rome, China, and India.  At the same time, the Han dynasty in China had discovered a better breed of horses after their forays into modern-day Uzbekistan, eventually taking control of the region and opening a route to the West. 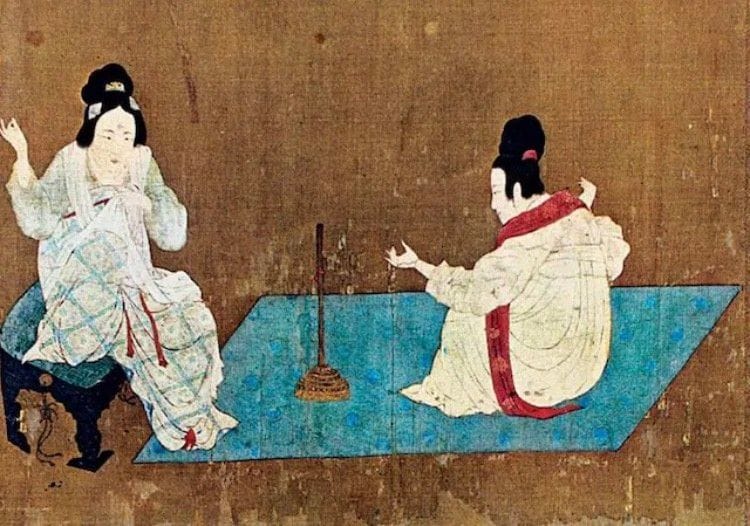 Traders started looking for ways to carry goods from East to West and the other way round, using domesticated camels on land. Trade was also facilitated by the greater understanding of shipping, which happened at this time, over the Indian Ocean.

Over time, several silk routes were created to cope with the demand for goods. The Greek city Antioch was connected to the Syrian Desert and to Seleucia on the Tigris, which in turn connected eastwards through the Zagros Mountains to Iran and Turkmenistan. From here, more routes were connected to Afghanistan and onwards to Mongolia and China. 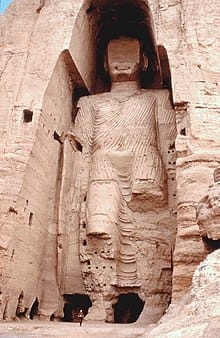 Through China -India trade, Buddhism made its way to China. Other religions like Christianity and Zoroastrianism also spread through the dissemination of ideas along the routes.

The silk routes were sadly responsible for spreading disease, especially the plague, which traveled from China to Rome, killing many of the Roman populace.

The Creation of Economies of Scale on Silk Route

Paper and gunpowder were both invented in China during the Han dynasty, and the trade-in these two permanently changed history and culture in the West. The written word became increasingly important with the arrival of paper, facilitating the dissemination of knowledge and culture.  This eventually lead to the invention of the Gutenberg printing press, changing the world forever.

An understanding of gunpowder and its use in war naturally impacted politics in Europe.

The Exchange of Spices on Silk Route

Spices arrived in Europe from the east and changed European cuisine in lasting ways, especially allowing the preservation of meats, unknown before this.  Several fruits such as grapes and others traveled the other way, from West to east.

The Exchange of Arts on Silk Route

The silk routes allowed an intermingling of the arts of east and West, with Greek/Roman, Persian, Indian, and Chinese art intermixing ideas to provide a hybrid.  The most important is the Greco Buddhist school, where it is fascinating to see depictions of Buddha in Greek costume and the Hellenistic way of depicting hair and features.

And of course Exchange of Silk on Silk Route 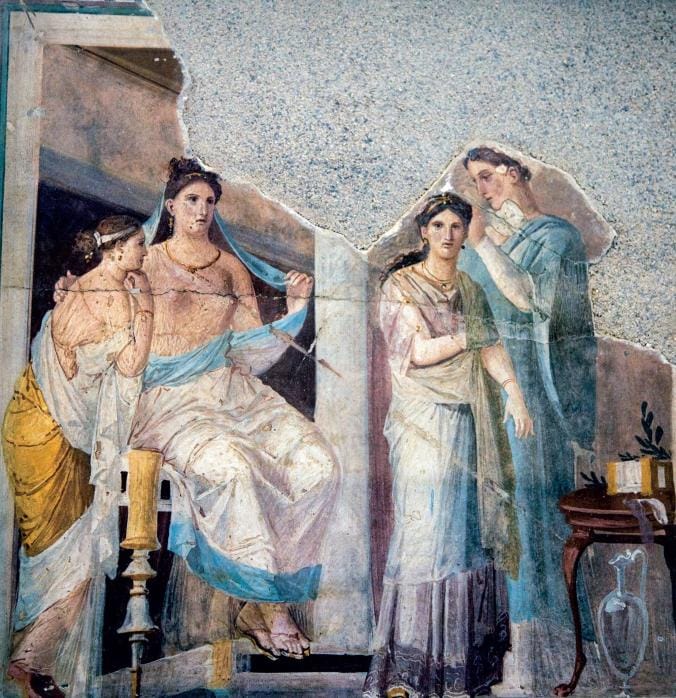 Silk was incredibly important in Rome, to the extent that it culturally became associated with immorality and effeminacy. But no amount of criticism could stop its popularity. At this point, the West thought that silk grew on trees since China had guarded the whole process as a secret.  Eventually, the Byzantine emperor Justinian sent two people disguised as monks to steal silkworms and bring them back.  This was the initiative that started the whole silk industry in the West.

Ending of the silk Routes

The Ottoman Empire defeated the Byzantines in 1453 CE and went on to close the silk routes.  This forced merchants to find sea routes, leading to the Age of Discovery, which changed the world to its modern approximation, leading to a global economy and community.  But by this time, the Silk Routes had done their work, connecting East to West in myriad ways and paving the way to a more modern world. Indeed, the world as we know it would not have existed but for these fabled routes.

The Silk Roads: A New History of the World